Wednesday’s meeting was meant to set the stage for reconciliation between al-Hariri and Hassan Nasrallah, Hezbollah’s leader.

Raad said discussions with al-Hariri were “frank” but did not specify when talks with Nasrallah would occur.

Lebanon’s rival political leaders have been working toward reconciling their differences ahead of a national dialogue that will set the tone for next year’s parliamentary elections.

A first round was held on September 16, while a second has been set for November 5.

The focus of the talks is on forging a defence strategy for Lebanon, including how to deal with Hezbollah’s weapons.

Hezbollah has sought to expand the number of participants in the national dialogue to include more of its allies, but has faced stiff opposition from al-Hariri’s coalition.

Hezbollah set off a war with Israel in the summer of 2006 after its fighters captured two Israeli soldiers in a cross-border raid.

The ensuing 34-day conflict left more than 1,000 Lebanese dead and the infrastructure of southern Lebanon devastated.

When much of the country then rallied behind the group, Hezbollah and its opposition allies demanded a greater share of power in the government. 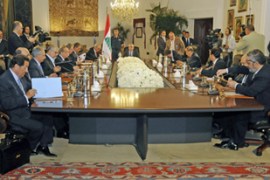 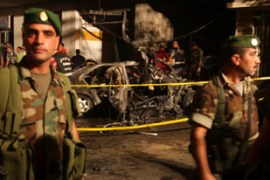 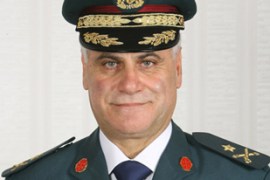 Brigadier-General Jean Kahwaji has led the army infantry brigade since 2002.