He said that the crews of 34 aircraft, which were currently not being used by the company could be laid off from Monday, but added that he would only sack the entire workforce “when there is nothing else left to do”.

Howard Wheeldon, an aviation expert, told Al Jazeera that “the coffin is lying there for Alitalia”.

“It’s been kept alive artificially, but there are limits. Even though trade union talks are going on, I think this airline will go under.”

At Rome’s Fiumicino airport, about 150 cabin crew staged a brief demonstration in the terminal on Saturday.

Investors who had been prepared to put up $1.4bn to rescue Alitalia said on Friday that they were pulling out of negotiations, blaming union intransigence.

But the investors – including top names in Italian industry – left the door ajar by not saying they were definitively abandoning attempts to keep the airline flying.

A representative of the group, Rocco Sabelli, confirmed on Saturday that they were still interested in the takeover, but added, “Our position is firm”.

“Clearly [the unions] do not realise what a dramatic situation Alitalia is in and the need for profound changes from the past as required by the rescue plan.”

Fantozzi, appointed last month when the airline asked to be declared insolvent, warned unions on Wednesday that if a deal on restructuring was not reached before Friday, Alitalia would be made bankrupt quickly and he would start dismissing staff.

Alitalia, a national symbol for Italians since it was founded in 1946, has lurched for years from crisis to crisis, and from restructuring plans to the latest takeover rescue scheme.

Its collapse would be a severe political blow to Silvio Berlusconi, Italys prime minister, who had promised before the last elections that he would keep it flying under Italian control.

Berlusconi returned to Rome on Saturday from the south of the country to oversee the crisis, accusing the political left of being behind the “unreasonable behaviour” of the employees.

The last proposal, based on a takeover by Air France-KLM, fell apart in April when the French-based carrier – the world’s third largest – walked away from talks after unions rejected terms.

The latest negotiations on restructuring conditions hit deadlock over proposed cuts in pay and holidays and the application of a single employment contract across the group.

A further complicating issue had been proposed job cuts in the range of 3,250-4,000 positions. The Alitalia group employs 11,100 in its air transportation division and 8,300 in maintenance and service operations.

The rescue consortium would have taken over the passenger transport business, which would be merged with the second-biggest Italian airline, Air One.

The new entity would then tie up an alliance with a foreign operator such as Air France-KLM, which has said it might take a minority interest. British Airways and Lufthansa are also believed to be interested.

Alitalia’s debt of nearly $1.8bn would be put into another company that would then be liquidated. Freight and maintenance activities would meanwhile be sold.

The Italian government owns 49.9 per cent of Alitalia, which has been surviving on a state loan of $425m made at the end of April. 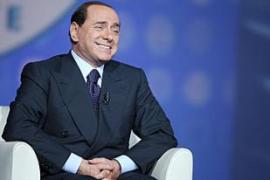 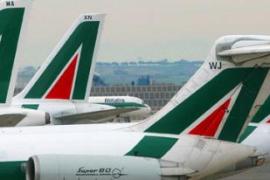 State-run airline goes on sale in the hope of reviving its fortunes.