Olmert is also suspected of invoicing non-governmental organisations and charities several times over for the same overseas trips.

He is allleged to have pocketed the difference or used the money for his own private visits.

The Yad Vashem holocaust memorial organisation is one of the groups alleged to have been double-billed by Olmert, the police statement said.

“In this manner, Olmert received tens of thousands of dollars that were kept for Olmert at the Rishon Tours travel agency and used to fund his private flights and those of his family,” the statement said.

The prime minister’s initial reaction was: “The police has no authority and the recommendations have no meaning,” Channel Two, an Israeli television channel, reported.

Jacky Rowland, Al Jazeera’s correspondent in Jerusalem, said that Olmert had moved to head off the corruption claims by announcing his resignation in July.

“He has already announced that he is stepping down as Israeli prime minister,” she said.

“Mr Olmert has always maintained his innocence and has said that things have been exaggerated.”

Olmert’s resignation is due to take effect later this month after his Kadima party holds a leadership contest, from which point it will aim to build a coalition government with Likud, its rival.

The recommendations against Olmert by the Israeli police will now be passed to state prosecutors, who will review the evidence in order to make their own decision on the case.

But the formal decision to indict a prime minister is in the hands of Menahem Mazuz, Israel’s attorney-general.

Mazuz is expected to deliver his decision on whether Olmert should be charged within the next few weeks.

Should Olmert be indicted for bribery, he could face a maximum sentence of seven years in jail. 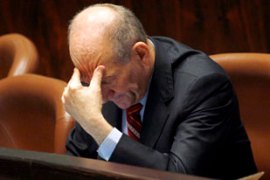 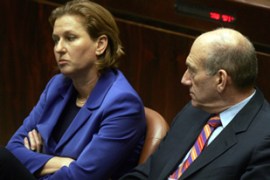 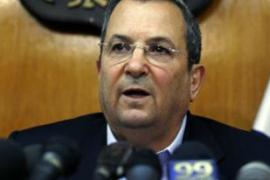