Officials said at least 1.1 million people were evacuated ahead of a storm expected to slash through the heart of Cuba, which is still trying to recover from Hurricane Gustav’s hard hit on the west side of the long, narrow island last week.

Cuban authorities had used buses, trucks and other transportation to move thousands of tourists from prime resorts along the northern coast which was on Ike’s projected path.

In Havana, police with loudspeakers passed through the streets urging people to take steps to protect their property.

Ike, a Category 3 storm, had earlier ripped through the southern Bahamas and the Turks and Caicos islands, as well as added to the misery and toll in Haiti.

Officials said at least 47 people – 13 of them children – died in floods in Haiti on top of the 500 killed last week by Tropical Storm Hanna.

And in the Bahamas’ southernmost island of Great Inagua, Ike ripped off roofs and knocked over trees and power lines.

Forecasters expect Ike to weaken to a Category 1 storm as it sweeps over Cuba but to regain Category 3 strength as it nears the US Gulf coast.

After Cuba, Ike is projected to enter the Gulf of Mexico, where 4,000 platforms produce 25 per cent of US oil and 15 per cent of its natural gas, and then head towards Louisiana and Texas.

As Ike roared through the Caribbean, residents of the Florida Keys, a 180-km island chain connected by bridges with only one road out, were told to evacuate as a precaution. 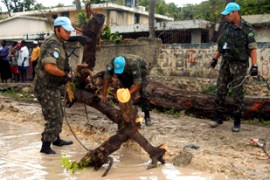 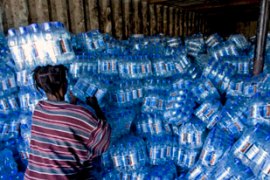 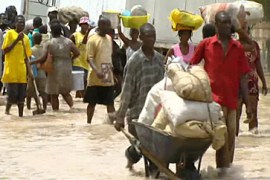