The democratic camp won 19 of 30 directly elected seats, and four of the 30 seats chosen by special interest groups.

Monday’s result came as a surprise as the opposition had been expected to suffer a setback in the election after Beijing gave a timetable for democratic reform in the Chinese-ruled city last year.

The Democrats had been pressing Beijing’s communist leaders to allow direct polls since Hong Kong switched to Chinese rule, as promised in the city’s mini-constitution or Basic Law.

Beijing agreed last December to allow universal suffrage in 2017 at the earliest, taking much of the steam out of the Democrats’ campaign.

But the democrats fear China’s version of direct polls will have rules stacked against pro-democracy candidates.

Sunday’s polls were the most fiercely contested since Hong Kong reverted from British to Chinese rule in 1997, with a record number of candidates decking out the city in banners and canvassing last minute swing votes by foot and open-top vehicles. 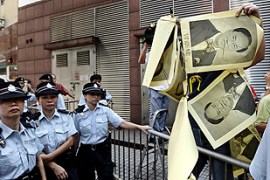 Counting under way in Hong Kong 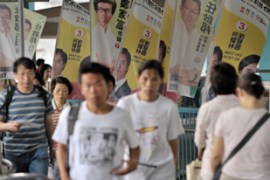 Election is expected to provide an insight into the state of pro-democracy parties.