Hundreds of workers were being pulled out of the Gulf on Thursday and oil rigs were preparing to stop production, if necessary.

Gustav has already killed at least 59 people so far, mostly in Haiti, and Jamaica was the latest Caribbean nation to be hit.

The storm is forecast to slam into the Gulf Coast of the US early next week and officials across the region are already planning to get the sick, elderly and poor away from the shoreline.

But with the storm still several days away, the authorities said they had not yet called for residents to leave as the storm could still change course and strength.

As the region prepared to mark on Friday three years after Hurricane Katrina flooded 80 per cent of New Orleans, killed hundreds and stranded thousands who could not get out in time, officials expressed confidence that plans put in place after Katrina have made them ready for Gustav.

Gustav’s torrential rain-triggered floods and mudslides have so far killed dozens across the Caribbean. 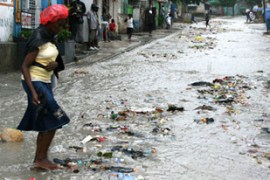