The interior minister was reported to have entered the compound to negotiate with protest leaders.

The protests have been led by the People’s Alliance for Democracy (PAD), which is aligned with conservative factions of the monarchy and the military.

The prime minister confronted the protesters, refusing their calls for his resignation.

“There is no way that a country of 63 million, like Thailand, will let a group of five people form a street gang to seize control,” he said.

The PAD said the protests and the seizure of a state-run television station on Tuesday by a mob of their masked security enforcers was the “final showdown” in its efforts to oust the government.

Protesters wearing black and with their faces covered forced the National Broadcasting Services of Thailand (NBT) off the air.

The PAD initially denied any involvement in the raid but after the arrests PAD leaders at a semi-permanent protest venue in central Bangkok called on their followers to march on the state broadcaster. 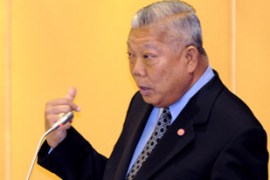 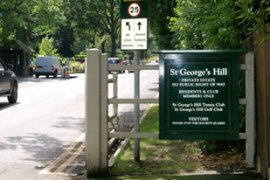