He has twice sought the Democratic nomination for the White House and has served more than 30 years in the Senate.

Biden went on the attack at his first appearance, laying into John McCain, the Republican candidate, using his own slogans to attack him.

“In all my years in the senate, I have never in my life seen Washington so broken,” Biden said, echoing a popular McCain advertisement that touts the Vietnam veteran’s knowledge and experience.

“These times require more than a good soldier. They require a wise leader. A leader who can deliver.”

He also highlighted McCain’s assertion that the administration of George Bush, the current US president, had led the country down the wrong path.

“Ladies and gentlemen, that is what he said. You can’t change America when you support George Bush’s policies 95 per cent of the time,” he said.

After appearing at the Old State Capitol in Springfield, where Obama launched his presidential campaign, they are to tour some of the key battleground states, including Iowa and Montana.

Rob Reynolds, Al Jazeera’s senior Washington correspondent at the rally in Illinois, said that Biden complements Obama as he is strong in several areas where some voters perceive the Illinois senator is lacking.

“Obama chose to go with experience – someone who could help him overall, to complement what he lacks, which is long time experience in foreign policy, in Washington and in the legislative process for example.

“Domestically, Biden fills some gaps too. One of them being support among working-class Catholic voters in very important states like Pennsylvania and Ohio. That’s where Hillary Clinton trounced Obama – in these depressed steel-mining or manufacturing cities.

“Biden has these working-class roots, a Catholic base and a strong family image, so Obama’s hope is that he will go to these people and say, “Obama is an ok guy, he’s acceptable to me, and so he should be acceptable to you”.”

“But, you have to question how much a running mate really matters in the election,” Reynolds said. “There have been very strong running mates for failed candidates in the past.”

McCain’s campaign said that the choice showed that Obama was not ready to serve as president himself.

“There has been no harsher critic of Barack Obama’s lack of experience than Joe Biden,” Ben Porritt, a spokesman for McCain’s campaign said in a statement.

“Biden has denounced Barack Obama’s poor foreign policy judgement and has strongly argued in his own words what Americans are quickly realising, that Barack Obama is not ready to be president.”

Senior Republican officials say that McCain has not settled on a choice of vice-president, although Mitt Romney, former governor of Massachusetts and Tim Pawlenty, governor of Minnesota, were being considered.

Before naming Biden, Obama had told CBS’ “Early Show” that he had decided on someone who will be prepared to step in as president, can help him govern and will be independent.

“I want somebody who is going to challenge my thinking and not simply be a yes person when it comes to policy-making,” he said.

Toby Chaudhuri, a Democratic strategist, said that “the Obama-Biden ticket has a ring to it”.

“There is a lot of electricity there, even though everybody will dice it up and think about which constituencies are going to be more likely to vote for the ticket now, at the end of the day it is about the chemistry between these two folks,” he told Al Jazeera.

“When you add Biden to it, you add a populism to the ticket that may not have existed before, in addition to all the credibility that comes with his experience.”

The move comes as the Democratic party is preparing for its annual convention in the city of Denver in Colorado next week, where both Obama and his vice-presidential choice are due to speak. 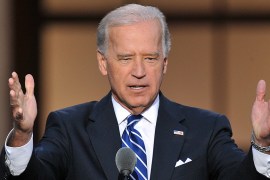 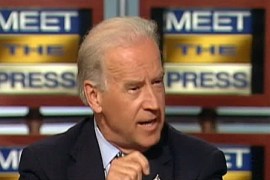 Joe Biden to be the Democratic vice presidential nominee. 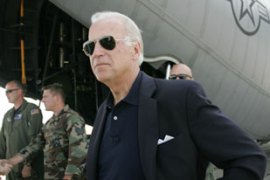 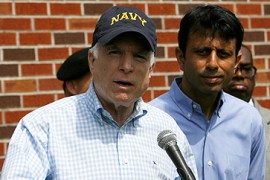 Choosing the next Dick Cheney

Al Jazeera reviews the potential candidates for US vice-president.