A US military spokesman said he had no knowledge of the non-combatant deaths.

Al Jazeera’s Zeina Khodr reported that the Afghan interior ministry’s figures had been confirmed by the provincial governor and police chief.

She said that the information had been gathered by a team of investigators from the army, police and intelligence service. They had retrieved bodies from houses that had been bombed. They expect the toll to rise as not all the houses have been checked.

“People are very angry,” Khodr said. “This is not the first time. Hamid Karzai, the Afghan president, has made repeated calls for Nato to stop air strikes.”

Akramuddin Yawer, the police chief for western Afghanistan, said that Taliban were among the dead but their numbers were unknown.

Daoud Sultanzoy, an Afghan MP, told Al Jazeera that when the Taliban are in villages and civilian areas, it is very difficult to separate them from civilians when Nato rely on air attacks.

“With either good or bad intelligence, the most important lesson to learn from this is that we need to rely more on ground troops,” he said.

“Since Nato and the coalition don’t have these troops, the reliance on air support is greater. So, if they can increase their ground operations it would probably alleviate some of these problems.”

“[The Taliban] don’t have offices,” he said. “This is a civilian house. And regretfully, when a bombing takes place – an aerial bombing, or any kind of smart bombing – definitely, you will have these kind of regretful casualities.”

“Planes bombed the area and in the result, 25 Taliban were killed, including two famous commanders,” Azimi said. “Unfortunately, five civilians were killed and one woman and a boy were wounded.

The air assault on Wednesday that caused the deaths were called in to respond to an attack on troops operating in Laghman province, which adjoins the Sarobi area where 10 French soldiers died earlier in the week, the US-led forces said.

“During the operation, more than 30 militants were killed and a large cache of mortar rounds and IED [improvised explosive device] materials were destroyed by the commandos,” they said in a statement.

The attacks were called when the area was clear of women and children after about 200 civilians were seen fleeing, and there were no civilian casualties, the statement said.

The issue of civilian casualties caused by foreign forces fighting the Taliban has led to a rift between Afghanistan and its Western backers.

Karzai said this month that air attacks by foreign forces had succeeded only in killing civilians and not in winning the war. 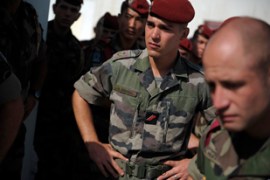 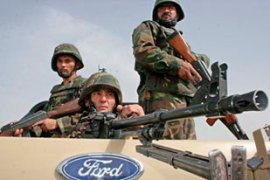