The group has also claimed several earlier attacks including the twin suicide bombings of United Nations offices and a court building in the Algerian capital last December.

The Bouira bombings followed a spate of attacks including a bombing at the entrance of a police school on Tuesday that killed and wounded dozens of people, and ambushes on Sunday that killed 11.

The urban bombings reflect new tactics first adopted in 2007 by fighters in the North African country, a key oil and gas supplier to Europe.

Violence began in Algeria in 1992 when a military-backed government scrapped elections that a radical Islamic party was poised to win.

About 150,000 people have died in the ensuing violence. 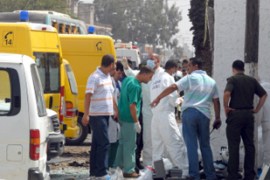 Two explosions reported in Algeria a day after a suicide attack killed at least 43 people. 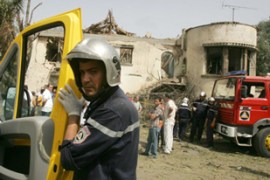 A suicide attack on a police school has left at least 43 dead. 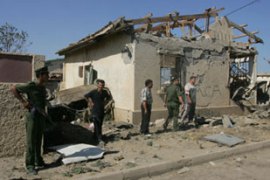 Local radio is reporting of an attack east of the capital Algiers. 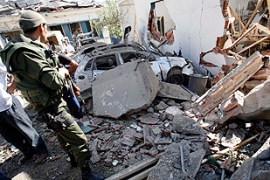 At least 21 people, including six police officers, injured in blast east of Algiers.