But the suppliers group, which operates by consensus, is thought to be a more difficult prospect, with Ireland, Austria, Switzerland, Norway and New Zealand said to be sceptical of the deal.

“Like a number of countries we do have reservations about aspects of the content of the draft exemption recently circulated,” Phil Goff, New Zealand’s defence minister, said in an interview, published on Wednesday, with The Times of India newspaper.

“We would like to see these reservations given full and effective consideration so that we could have added confidence in the nonproliferation benefits an exemption might bring.”

He said his country was considering whether the waiver should be made conditional on wider UN inspections of Indian nuclear sites and what would be necessary to prevent the transfer of technologies with possible military use.

The waiver would provide some nations with the opportunity to do more business with India.

But critics fear that exporting nuclear fuel and technology to a country that has not made a legally binding nuclear disarmament pledge could set a dangerous precedent and weaken efforts to stop the spread of nuclear weapons and materials.

A Swiss foreign ministry spokesman said his country’s stance would depend on whether agreement is reached on an exemption that contains the “necessary nonproliferation guarantees”.

Iran, which is locked in a disagreement with Washington and its allies over its own nuclear programme, is likely to argue that India, which developed nuclear arms in secret, is now being rewarded with access to atomic technology.

Iran is under UN sanctions for refusing calls to freeze its nuclear activities, which the US argues could produce a nuclear weapon but which Iran says are for peaceful purposes.

Diplomats close to the suppliers group talks say that France, Russia, Canada, Brazil and South Africa are in favour of an agreement.

The Associated Press quoted an unnamed diplomat as saying that there could be up to three meetings before an agreement is reached.

“At the end of the day there is going to be an agreement,” the diplomat said. “It’s just a question of how long it’s going to take and how much cajoling will be necessary.”

Once an agreement is reached with the suppliers group, the deal goes to the US congress for approval.

The US-India nuclear deal reverses more than three decades of US policy that has barred the sale of nuclear fuel and technology to India.

The deal has also been controversial in India, where critics of the plan say it will undermine India’s weapons programme and give the US too much influence over Indian foreign policy. 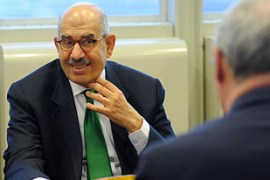 UN agency’s go-ahead is vital for US-India civilian nuclear deal to be finalised. 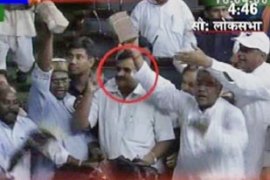