Filipinos will be caught again in the “never-ending vicious cycle of political and economic instability”, the Muslim separatist group said in a statement on its website.

The warning came a day after the Philippine military chief vowed to hunt down separatists who attacked two towns in the south, saying the time to give peace a chance was now over.

“If the government declares an all-out war, we will also declare an all-out war in Mindanao,” he said. “We are ready to kill and be killed. The patience of Muslims has run out.”

Macapaar, also known as Bravo, said his group had “nothing to do with” Monday’s deadly attacks in Lanao del Norte province.

Since Bravo’s attacks, the government has pulled the agreement off the table entirely.

But Hermogenes Esperon, a peace adviser to the government, said it
was not the end of the peace process.

“There are a few difficulties. Could this be the end of the peace process? No… we have to review the terms and negotiate again.”

Bravo and Ameril Umbra Kato, who led the occupation of predominantly Christian villages in the south last week, had a $113,000 arrest bounty placed on them on Wednesday by Ronaldo Puno, the interior secretary.

The fighting in the south flared again after the country’s Supreme Court ruled against a deal to give Muslims there an expanded autonomous region.

However, the agreement on the size of a Muslim homeland and a future government’s powers, including rights over exploring and developing mineral reserves, oil and gas in an area that has remained the poorest in the country, was halted amid protests by local Roman Catholic politicians in Mindanao. 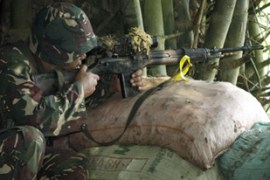 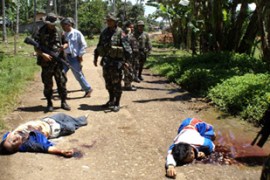 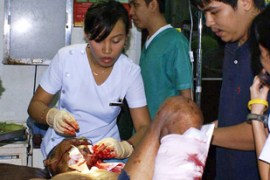 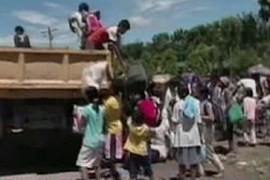