But Vitaly Churkin, Russia’s UN ambassador, made it clear that his country would not accept the text because it did not include all six points listed in the peace plan agreed to between Nicolas Sarkozy, the French president, and his Russian counterpart Dmitry Medvedev.

Churkin said the six-point peace plan brokered by Sarkozy “should be reflected verbatim in the resolution”.

The six-point EU-brokered ceasefire plan demands the renunciation of the use of force, immediate cessation of hostilities, free access to humanitarian aid, and withdrawal of forces to pre-conflict positions, while allowing Russian to implement unspecified “additional security measures”, according to the UN.

It also calls for international discussions on the conflict between Georgia and the separatist regions of Abkhazia and South Ossetia.

Churkin said he particularly objected to the absence of a provision for additional Russian security measures, and the call for immediate withdrawal of Russian forces, which he said went beyond the ceasefire deal.

He described the council’s emergency meeting as biased against Russia.

“Today in this room there’s been yet another attempt to turn things on their head and portray the aggressors as the victim,” he said. “There’s a clear expression of propaganda in detriment to serious, important, political work which needs to be done in the security council.”

Al Jazeera’s John Terrett, reporting from the UN, said it appeared that the council session was called to harry the Russians into going through with international obligations, having signed up to the agreement brokered by Sarkozy.

But the Russians say pulling out is not so simple and that they are withdrawing as fast as they can while still having to contend with Georgian attacks, and they have pledged to speed up their withdrawal by Friday, our correspondent said.

The US and European nations supported a Georgian appeal for the council to “act decisively” by passing the resolution.

But faced with Russia’s veto-welding opposition and Churkin telling the 15-member council that putting the text to a vote would be “a waste of time”, no vote was called. 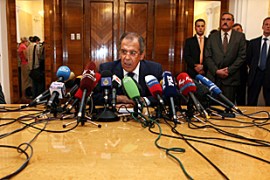 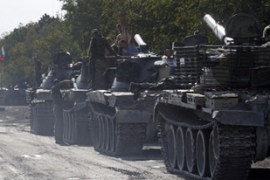 Russia ‘not pulling out troops’ 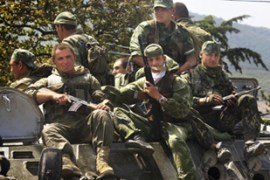 US to Russia: stop ‘dangerous game’