Another rebel leader sentenced to death said he was unaware he had been on trial.

“I’ve heard nothing about this … it is they who should be put on trial,” Timane Erdimi, leader of the Rally of Forces for Change, was quoted by the Reuters news agency as saying.

“They issued an international arrest warrant in 2007, but I’ve heard nothing since.”

Among those convicted and sentenced was Mahamat Nouri, a close aide to Habre who served as his defence minister.

The court ordered the confiscation of all the goods belonging to those convicted, each of whom was ordered to pay a single CFA franc in symbolic compensation to the state.

Another 31 people were also sentenced in absentia to life in prison with hard labour for carrying out attacks designed to overthrow Deby.

Habre is due to go on trial in Senegal, on the instructions of the African Union and a constitutional change in July – lifting the statute of limitations in Senegal – has brought the trial the former Chadian leader a step closer.

Human rights groups and victims associations have accused Habre of instigating widespread political killings and torture during his eight-year rule in Chad.

An official truth commission report in 1992 accused Habre’s regime of committing some 40,000 political murders – of which only 4,000 victims have been officially named.

The Dakar-based human rights watchdog Raddho, a civil party to the planned Senegalese trial, said it “totally  disapproved” of the death sentence ruling passed in Chad.

“It is an iniquitous, political and hurried decision,” Alioune Tine, a spokesperson for Raddho, said.

“We are fundamentally opposed to the death sentence and we have always been against a trial for Habre in Chad due to the weakness of the judicial system and the fact that it is often used for political means.” 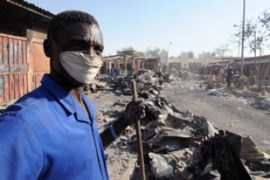 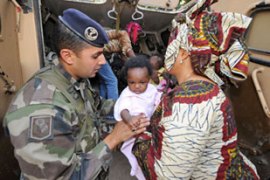 Green light for France to support government as rebels renew assault on capital.