Tripoli was the scene of bloody sectarian fighting last month as clashes between members of the rival Sunni Muslim and Alawite communities in the neighbourhoods of Bab al-Tibbaneh and Jabal Mohsen killed 23 people.

The blast struck at 7.45am (0445 GMT) as people made their way to work. Red Cross workers ferried casualties to hospital. The ground was spattered with blood and covered in shards of glass.

“It seems that the bomb was detonated wirelessly by remote,” Ashraf Reefi, a local police chief, said.

There were no immediate claims of responsibility for the attack in Lebanon’s second largest city, which has been the scene of sectarian violence linked to political tension in Lebanon.

“The army and security forces will not yield to attempts to terrorise them with attacks and crimes,” Michel Suleiman, who was army chief until elected president in May, said.

Misbah Ahdab, a member of parliament who has spent his entire life in Tripoli, told Al Jazeera that the attackers are trying to undermine the work of the army, in order to undermine the state of Lebanon.

“While this attack happening in Tripoli, it was definately targeting the whole country.”

Bab al-Tebbaneh is a stronghold of the parliamentary majority while the inhabitants of Jabal Mohsen mainly support the Hezbollah-led opposition.

Last year the port city was the scene of fierce fighting between Lebanese security forces and members of the Fatah al-Islam group in the nearby Nahr al-Bared Palestinian refugee camp. The army lost 170 soldiers in the fighting.

The explosion comes the day after a power-sharing cabinet led by Fouad Siniora, the prime minister, won a vote of confidence in parliament.

It also coincides with the visit of Michel Sleiman, Lebanon’s president, to neighbouring Syria for talks on establishing diplomatic ties. 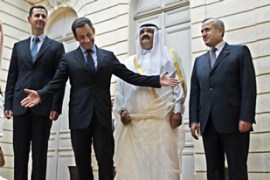 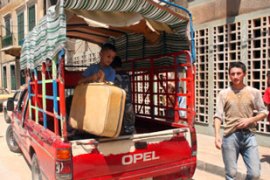 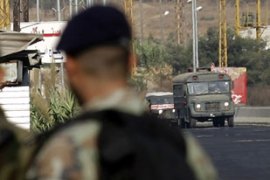