But the exact details of the truce must still be finalised and there are still reports from both sides that some fighting has continued.

Mikhail Saakashvili, the Georgian president, said after meeting Sarkozy that he had agreed to the “general principles” of the deal but said “we need legal details, [UN] Security Council resolutions, and we need more presence on the ground of international observers”.

Some sticking points remained, including over Russian peacekeepers in Georgia’s separatist provinces of South Ossetia and Abkhazia, where most residents hold Russian citizenship.

Sarkozy, who spent Tuesday presenting the peace plan to both sides, said the EU could send peacekeepers to Georgia if all parties agreed to the plan.

Georgia also announced on Tuesday that it had filed a law suit against Russia at the International Court of Justice (ICJ), which rules on disputes between nations, accusing Moscow of carrying out “ethnic cleansing”.

“Today, Georgian ambassador to the Netherlands filed a law suit to the International Court of Justice … because of ethnic cleansing conducted in Georgia by Russia in 1993 to 2008,” Kakha Lomaia, the secretary of Georgia’s Security Council, said.

Russia has before also accused Georgia of “genocide” in South Ossetia and Luis Moreno-Ocampo, the International Criminal Court chief prosecutor, said he had been contacted about the conflict in Georgia’s breakaway province of South Ossetia.

Russia claims 2,000 civilians have been killed in fighting in South Ossetia, a figure disputed by Georgia.

The conflict over the tiny separatist province of South Ossetia began when Georgia tried to retake the pro-Russian region last week, provoking a massive counter-offensive from Moscow. 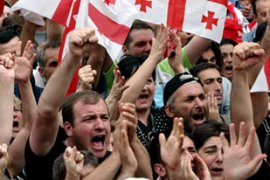 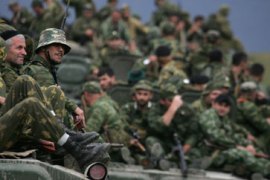 The ugly side of resurgent Russia?

Russia’s military action in Georgia may be a foretaste of things to come. 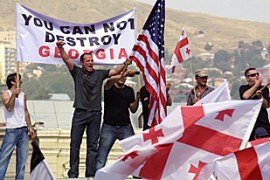 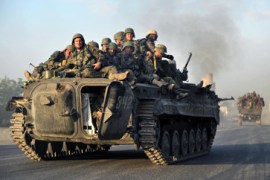 Troops evacuate amid reports that Russian forces are closing in.