The jail is now a museum to commemorate the victims of the Khmer Rouge’s killings.

Duch has been in custody since 1999, and was transferred into the custody of the tribunal in July 2007.

Peter Foster, a spokesman for the tribunal, said that the announcement marked another “important moment in the history of the court”.

He said that the indictment sets the stage for the first trial of the tribunal, which began its work in early 2006.

No date has yet been set for Duch’s trial, but officials have previously said it is expected to begin before the end of October and could last up to four months.

Duch will be tried by a panel of five judges, three Cambodian, one French and one New Zealander, according to a pact agreed between Cambodia and the UN in 2003.

Four other former senior members of the Khmer Rouge are also being held by the tribunal facing charges of crimes against humanity and war crimes.

Up to two million people were executed or died of starvation and overwork as the communist government emptied Cambodia’s cities, exiling millions to vast collective farms in a bid to forge an agrarian utopia.

Money, religion and schools were all abolished under the Khmer Rouge’s rule. 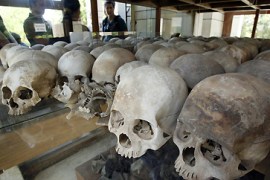 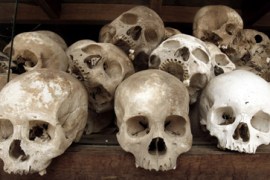 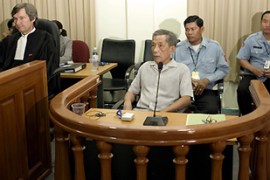 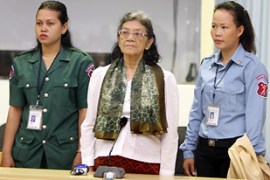 No bail for ex-Khmer Rouge minister