Kuqa has a population of about 400,000, Xinhua said, and is located about 740km from Urumqi, the regional capital of Xinjiang.

An attack on a police station in the city of Kashgar on Monday killed 16 police officers and wounded several others.

China blamed the incident, which targeted a group of 70 police officers as they jogged outside the building, on Muslim separatists.

Xinjiang, a vast area that borders Central Asia, has about 8.3 million ethnic Uighurs, many of whom express anger at what they say has been decades of repressive Chinese rule.

A group calling itself the Turkistan Islamic Party (TIP) released a video on Thursday threatening attacks on China during the Olympic games in Beijing, according to internet monitoring groups in the United States.

The video, dated August 1, followed the posting of a similar video in July, in which the group claimed responsibility for bus bombings in Shanghai and Kunming, capital of the southwestern province of Yunnan.

The global intelligence analyst group Stratfor said that the Turkistan Islamic Party is another name used by the East Turkistan Islamic Movement (ETIM), an ethnic Uighur group seeking to create an independent state in Xinjiang province.

China has said that a number of plots targeting the Olympics have been foiled and dozens of people, mainly Uighurs, have been detained in Xinjiang, according to state media.

Human rights groups and exiled Uighurs have said that the Chinese government has exaggerated the threat of attack to justify a crackdown in the region. Beijing is also accused of fuelling discontent by encouraging the migration of millions of Han Chinese into the region. 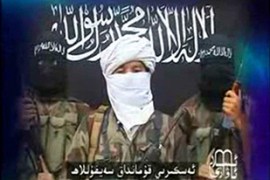 Monitoring group says video on internet shows an explosion over a Beijing venue. 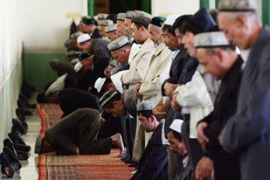 The scene of Monday’s grenade attack is an ancient Silk Road gateway to China. 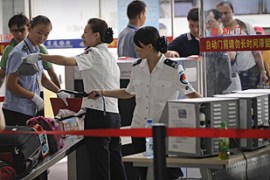 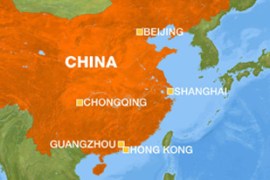