Bossaso is Somalia’s main port and the de facto capital of Puntland – a semi-autonomous region in the north of the country.

The two Germans were sailing through the Gulf of Aden between Yemen and Somalia en route to the beaches of the Thai coast when they were seized by pirates on June 23.

On Saturday, Adde Muse, the president of Puntland apologised for the distress caused following the incident.

The former-hostages looked ill and dishevelled, repeatedly breaking down in tears, as they sat alongside Muse at the news conference in Bosaso.

“We are really sorry for what happened. We put a lot of effort towards their release and I wish to thank everyone who helped,” Muse said.

“If any pirate is caught now he will be jailed for 20 years or executed.”

Pirates routinely kidnap foreigners off the coast of Puntland and demand huge ransoms that are often secured with regional officials acting as go-betweens.

Mohamed Cheick Hassan, one of the elders involved in the release of the Germans, said a deal had been struck with the kidnappers late on Friday.

The pirates had reportedly demanded millions of euros for the pair but Hassan made no mention of any ransom being paid.

Somalia’s waters are among the most pirate-infested in the world.

In April, pirates seized a Spanish tuna fishing boat carrying 26 crewmen off the Somali coast, and a French luxury yacht with 30 on board in the Gulf of Aden.

Spain and France subsequently brought pressure on the UN Security Council to pass a resolution in June authorising member countries to send warships into Somali waters temporarily in pursuit of pirates.

The resolution, valid until December, was backed by the government of Somalia, which has no naval capacity of its own to patrol its 3,700km coastline – the longest in Africa.

The US has been leading existing patrols to combat piracy in Somali waters – using warships from an international force based in Djibouti.

The International Maritime Bureau says piracy worldwide is on the rise, with seafarers suffering 49 attacks between January and March this year, up 20 per cent from 2007. 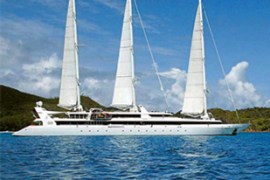 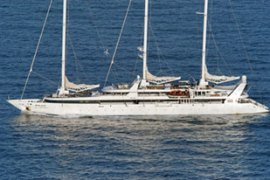 Crew members are being held by armed men who took over their fishing boat.