“Nor we will accept any ceasefire, nor any peace negotiations unless they accept preconditions that have been laid down by the government,” he told a weekly defence briefing.

The government is pursuing a strategy to gradually retake the Tiger’s northern stronghold and win the 25-year civil war that has killed more than 70,000 people.

In fighting on Wednesday, soldiers killed 16 Tigers and wounded 64, the military said.

Last week, the military said it had entered the northern district where the Tigers’ de-facto capital is located.

The Tigers, fighting for an independent state in north and east Sri Lanka for ethnic Tamils, have not issued a comment. 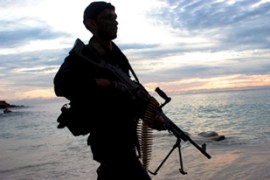 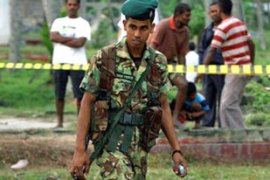