However, Clinton praised George Bush, the US president, for signing into law last week legislation which tripled US funds to fight Aids, malaria and tuberculosis in the world’s poorest nations to $48bn over five years as a “stunning development”.

During Clinton’s speech, protesters walked in front of the stage holding banners demanding better help for those suffering from the disease.

Activists say the high cost of life-saving anti-retroviral drugs used to treat patients with HIV, the virus that causes Aids, makes them prohibitively expensive for many patients.

On Sunday the United Nations, which is backing the conference, said that Aids remained one of the major challenges faced by the world.

“Aids is the most complex, the most challenging and probably the most demanding infectious disease humanity has ever had to face,” Margaret Chan, the UN’s World Health Organisation chief, said.

“We dare not let down our guard. This is an unforgiving epidemic [and] we are going to be in this for the long haul.”

The call came as hundreds of people marched in Mexico City on Sunday to demand better worldwide access to anti-retroviral drugs.

Felipe Calderon, the Mexican president, said on Sunday he would introduce new legislation that would permit medicine from other countries to be brought to Mexico, a measure that will help to decrease the cost of anti-retrovirals in the country.

While there have been major advancements in the treatment of Aids since it was first identified in 1981, the anti-retroviral drugs used to slow the spread of HIV in patients are not accessible to all.

It is estimated nearly 10 million people in low- and middle-income countries are in immediate need of treatment for Aids, but only 31 per cent of them are actually receiving it.

And experts say less research and funding has been dedicated to medicine for HIV-positive children, who require smaller doses and additional medication to offset the aggressiveness of anti-retrovirals.

In Latin America, 55,000 of almost two million people with the virus were under 15-years old, the vast majority of them infected by their mothers.

More than 25 million people have died from Aids since the disease first emerged in the early 1980s, and 33 million people today are currently living with HIV, the virus that can lead to Aids, two-thirds of them in sub-Saharan Africa, the UN says. 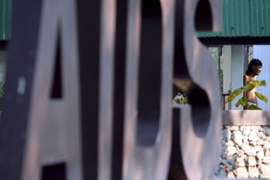 But it warns that much remains to be done and complacency “would be disastrous”. 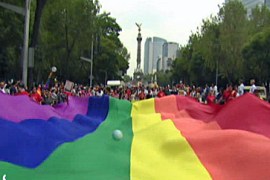