But in 2006, Blair told the SFO to stop its investigation, saying it could threaten intelligence links with Saudi Arabia.

Wednesday’s ruling by the House of Lords is a setback to two anti-corruption lobby groups that initiated the legal challenge to the 2006 decision.

Al Jazeera correspondent Richard Bestic said the final ruling will be a matter of great satisfaction for both the British and Saudi government.

“What was argued successfully here in the House of Lords, Britain’s highest court of appeal was that national interest was a matter that could bring about the closure of prosecutions, the shutdown of prosecutions, as in this case,” he said.

The Saudi government had argued that the investigation was a breach of inter- governmental confidentiality clauses in the contract drawn up between Lond and Riyadh, he said.

The High Court in April labelled the Saudi threat over intelligence links a “successful attempt by a foreign government to pervert the course of justice in the United Kingdom”.

Judges Alan Moses and Jeremy Sullivan also said that the SFO and the government had made an “abject surrender” to “blatant threats”.

Jonathan Sumption, SFO’s lawyer, argued that its decision to drop the investigation was “legal and appropriate” and that the High Court had relied on “limited information” in making its ruling. 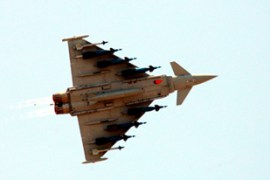 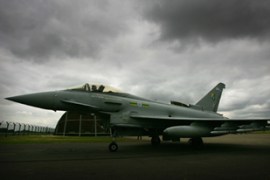