“They have merely told us that they are carrying out ‘a careful and thorough investigation’ into how this child died, and only once they have done that investigation will we get their comment on how this boy happened to die,” she said.

According to Khawaja, soldiers fired live rounds towards a group of protesters who had run into the village after the army dispersed protesters outside using rubber-coated bullets.

“Protesters arrived at the wall’s construction site outside the village and the soldiers started to open fire with rubber bullets and tear gas. This pushed the protesters back into the village where the boy was hit by a live bullet in his chest,” he told AFP.

However, other witnesses said that the boy was hit in the head as strone-throwers confronted Israeli troops.

Fifteen people were also lightly injured by rubber-coated bullets during the demonstration in Ni’lin, which has in recent months become the site of regular demonstrations against the barrier.

“This barrier, made of coiled razor wire, deep trenches and a fence equipped with electronic sensors, is cutting through the land of the village,” Rowland reported.

Earlier this month, demonstrators in Ni’lin and other locations marked four years since the International Court of Justice issued a non-binding resolution calling for parts of the barrier inside the West Bank to be torn down and for a halt to construction there.

Israel has largely ignored the ruling. 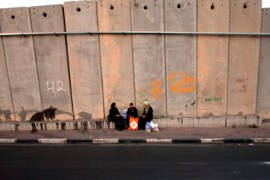 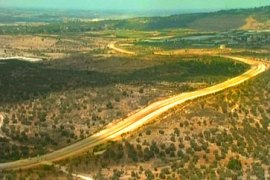 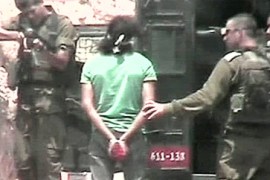 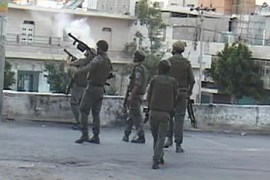 Villagers in Ni’lin are protesting against the separation wall on their farmland.