Talks between Thailand and Cambodia on Monday have failed to end a military stand-off over the disputed Preah Vihear temple on their border, recently listed by Unesco as a World Heritage Site.

“People are more focused on the border issue at Preah Vihear temple than on the election,” he told AFP.

Boonsrang Niumpradit, Thailand’s supreme commander, the result of the talks was to allow soldiers to stay in their current positions at the temple, but avoid any confrontation.

Chea Vannath, an independent political analyst, said: “There is no doubt that CPP will win the election.”

At least 8.1m people are registered to vote at 15,000 polling stations, under the supervision of more than 13,000 domestic and international observers.

Previous polls held in Cambodia, have been hit by violence. Scores of people – mainly opposition supporters and activists – were killed or beaten in the run-up to elections in 1998.

Election monitors say political violence has diminished greatly compared to past polls, however, unequal access to the media is being criticised.

The main government controls almost all of Cambodia’s broadcast media, while the CPP maintains a vast network in rural Cambodia, inherited from the party’s communist days.

However, economic growth has averaged about 11 per cent over the past three years, creating a sense of optimism in a country that recently emerged from decades of civil war in 1998.

Analysts say the main question going into the polls is whether CPP will be able to increase the 71 seats it already holds in the 23-member parliament. 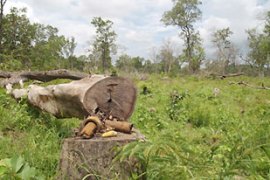 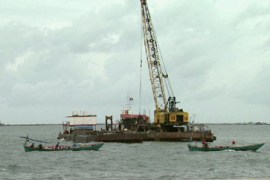