Like so many I was wowed. What a rock star! Did you see how Obama drew a crowd of 200,000 in Berlin, how people were clamouring to take his picture and autograph?

What are you, a teenager?

Come on! Barack looked truly presidential during his Middle East and Europe trip – like really cool.

This wasn’t just a Hollywood moment. He was able to handle himself very well with world leaders.

How do you know? The only thing we saw were photo ops – at gates, doorways and gardens. So the camera likes him, how does that make him commander-in-chief of the greatest power in the history?

The point is he was appreciated and respected by Middle Eastern and European leaders – Iraq’s Nuri al-Maliki went as far as supporting his withdrawal calendar.

Here you go again! He’s a presidential candidate with a good shot at the presidency so they were polite to him(actually al-Maliki retracted his remarks) but how does that make it a major success or make him suitable to be president?

Look, he made no gaffes, and that’s strategic with the media scrambling to catch him screw up. He made no major mistakes,  no slips, no flops – like, for example, McCain’s “Iran support for al-Qaeda” flop, no “Dukakis in the tank” moment and no Howard Dean bedevilled by raging image.

So because he didn’t fall down on his face or utter a political blasphemy, he’s presidential?

No, no, not only that – he made excellent public appearances, press conferences and his speech was just magnificent! You saw that crowd cheering him on – cameras, t-shirts … they were O’bamed.

Okay, so he’s a great orator and his speech writers are excellent and his campaign makes good events but this is a political campaign not a rock concert – it’s about the policies and the principles.

Wait a minute, in the US it’s the media image that counts at the end of the day and he was a media blitz.

Whatever! If it’s about media image the incoherent and stuttering George Bush would have never become president. In politics, policy, leadership and principles are what counts, not packaged media images and prepared scripts for popular consumption.

So you think that Bush was elected because of his principles and leadership qualities – give me a break! Obama’s charisma, wise judgment and moral values are what attract people to this new type of leader. Didn’t you read his books, trace his days as a political organiser … didn’t you hear him?

Now you’re talking – that’s the part that will eventually make him presidential and that’s what we must judge him by, not through the superficial media cover up.

Of course. Needless to say he spoke of pulling troops out of Iraq, working on resolving the Israeli-Palestinian question from day one and wanting an environment-friendly world, free of nuclear weapons and free of walls between nations and states.

Yeah, maybe … too many cliches though and sometimes he sounds like a beauty pageant contestant who wants world peace. I heard him and there is much to be desired.

Like why he thinks the war in Iraq mustn’t go on, while the war in Afghanistan should and will with more US troops! Why he spoke of the Berlin Wall and apartheid in South Africa but nothing of Israel’s apartheid wall. He spoke generalities, nothing specific – no agenda, no programme, no overarching idea …

Look, Obama did insist on the paramount question of withdrawal from Iraq despite pressure from his rival about the “success of the surge” that he was against from the very beginning.

I am not sure about that. He seems to be running away from the question of Iraq, which polls tell him no longer seems to interest the American voters, instead concentrating on Afghanistan and even bringing it up as a central issue to reaffirming the Atlantic alliance with Europe … when it’s another un-winnable war …

Look, Americans are bogged down with domestic economic issues like the housing/mortgage crisis, rising oil prices and the dwindling purchasing power of the dollar, so if Obama was capable of focusing their attention on important foreign policy priorities while underlining his foreign policy credentials, it’s a successful week abroad and at home …

Perhaps, but frankly the Americans cannot have their cake and eat it too; they support a policy destined to change the world by deploying hundreds of thousands of troops … but are consumed by foreclosures and gas prices …

Look, Obama tried to tie in the domestic concerns of Americans with geopolitics, like on the question of rising oil prices or how the neglect of the social and economic problems facing the US was caused by the arrogance of an administration which carries out reckless foreign policy … 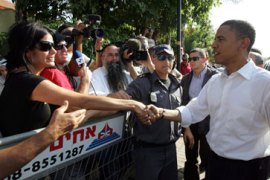 Is Obama an Israel appeaser?

The rationale behind the senator’s Israel/Palestine visit and what it means for his presidential campaign. 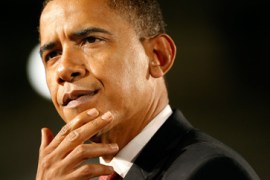 Marwan Bishara debates the merits of engaging in dialogue with Tehran. 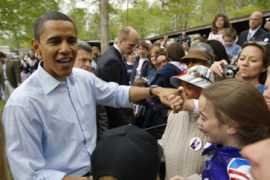 Al Jazeera’s Marwan Bishara on why the two Democrats have so much in common. 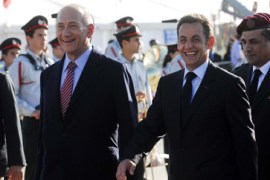 Beyond Sarkozy’s visit to Israel

An overhaul of France’s geo-political strategy is being attempted by the president.