A prosecutor interviewed Karadzic for more than an hour on Friday about the details of his arrest, Vujacic said.

Should the Serb court receive an appeal, a panel of judges will meet to decide on it, Ivana Ramic, a Serbian court spokeswoman, said.

The case will then be turned over to the Serbian government, which issues the final extradition order, she said.

Vujacic had earlier told the Associated Press that he would not confirm filing the appeal, and could not be reached after post offices in Serbia closed.

But Serbia’s state Tanjug news agency had quoted him as saying that a delaying the filing of Karadzic’s appeal was part of a defence strategy.

Government officials say that Karadzic was captured on Monday, bringing an end to his 13-year status as a fugitive.

He had assumed a false identity under the name Dragan Dabic, wearing a long beard and posing as a doctor of alternative medicine.

Vujacic insists his client was captured last Friday on a public bus in a Belgrade suburb, before being hooded and transferred to an unknown location where he was kept for three days.

He has filed a lawsuit against Karadzic’s alleged abductors, and said on Friday that Karadzic was asked about the claims by a prosecutor on Friday.

Karadzic plans to defend himself against the UN genocide charges, Vujacic has said, in the same manner that Slobodan Milosevic, Serbia’s president during the Bosnian war, did.

Protests against Karadzic’s arrest by Serbian nationalists have continued for a third day in downtown Belgrade.

Demonstrators briefly scuffled with police at the Belgrade City Council building on Friday.

“We remind Tadic that treason has never been forgiven in Serbia … Every traitor in Serbian history has met with damnation,” he said. 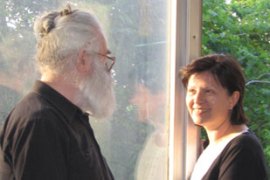 UN court says it is unclear when former Bosnian Serb leader will be extradited. 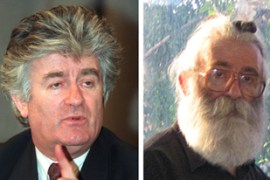 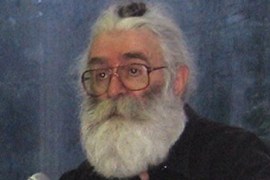