An analysis of Reyes’ computer, facts from which were passed on to Spanish investigators by Colombian authorities, had led them to identify Garcia Albert.

Garcia Albert travelled to secret camps in Colombia last year for “meetings with top leaders of the terrorist group,” according to the Spanish interior ministry.

She was discovered in possession of “several amounts of money” which she was preparing to send to representatives of the Farc in Europe, the ministry said in a statement.

In Colombia’s capital Bogota, General Oscar Naranjo, the director of the national police force, welcomed the arrest as an important breakthrough in the investigation of the Farc’s links with Europe.

“This arrest is the start of a series of arrests which will take place in Europe, especially of people linked to the Farc,” he told Radio RCN in Bogota.

He described Garcia Albert as a member of the Farc’s “international commission”.

He said Reyes’ computer files contained “a significant number of names of people living abroad, some of them Europeans and others Colombian”.

She was also tasked with co-ordinating contacts with Farc representatives in Switzerland and Sweden, it said.

A search of Garcia Albert’s home had turned up numerous documents and propaganda linked to the Farc, including a computer “containing a wealth of information on the functional and operational activities of the organisation,” it said.

The Farc, Latin America’s oldest and largest rebel group, has been seeking to topple the Colombian government since the 1960s.

Despite the recent rescue of Ingrid Betancourt, the Franco-Colombian politician, and several others, the Farc is estimated to hold more than 700 hostages for ransom or as political bargaining chips. 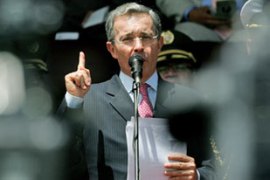 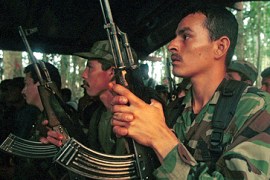 Who are the Farc?