There has been an upsurge in violence in recent weeks in the Himalayan region, which is claimed by both Pakistan and India.

In a separate attack on Thursday, a former separatist fighter and three of his family members – including his wife, daughter and four-year-old nephew – were killed, according to officials.

Police said the murdered man, Ghulam Hussain, was a former member of the pro-Pakistan Hizbul Mujahidin who had surrendered to authorities in 2004.

He was killed in Doda district, about 170km south of Srinagar.

The fight against Indian rule in Kashmir, which began in 1989, has left more than 43,000 people dead. But levels of violence have steadily declined since India and Pakistan launched a peace process in 2004.

However on Monday, Shiv Shankar Menon, India’s foreign secretary, said the peace process with Pakistan was “under stress” due to a alleged increase in attacks by fighters from the Pakistan side of the border.

Police said a demonstrator swallowed poison and died after a speech on Wednesday denouncing a decision by Kashmir’s state government to go back on a move to allocate a piece of land to Hindu pilgrims.

Police said they had fired shots in the air and used tear gas to tackle protests, during which six policemen were reportedly beaten and stripped by demonstrators.

On July 11, Kashmir was put under federal rule following the collapse of the state government over the row oevr land allocation. 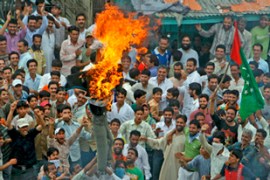 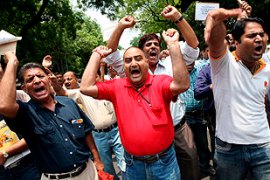 Kashmir backs down on Hindu shrine

Riots continue in Indian-controlled region despite reversal on land transfer. 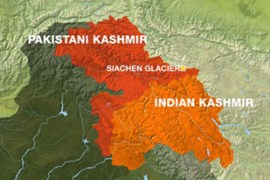 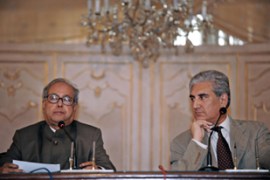 Pact signed to grant consular access to prisoners but no progress made on Kashmir.