The three men lost their final appeal late last week and have said they will not seek clemency.

Hendarman said his office held documents signed by the men and their families waiving their right to a presidential pardon.

Amrozi, Mukhlas and Imam Samudra are being held at a maximum-security jail on Nusakambangan island off Central Java.

Indonesia has never revealed details of judicial executions in advance.

Abubakar Nataprawira, a spokesman for the national police, told Reuters they had prepared the firing squad for the execution.

“We are ready. Any time the attorney-general gives us the time and place of the execution, we have prepared for it.” 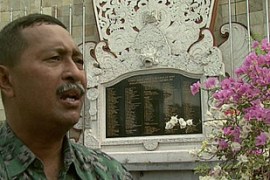 Appeals by three men convicted over the 2002 Bali attack have been rejected.