In a speech paying tribute to Mandela, Zuma said: “You are the glue that holds us together as a nation. You provide eternal hope in our people and the world that South Africa can only be a better place each day.”

Also present was George Bizos, the lawyer who defended Mandela and other anti-apartheid leaders during the era of white rule.

“Clearly, today is a very special day for all of us in South Africa and around the world,” said Mac Maharaj, who served time with Mandela on Robben Island, and then served in Mandela’s government.

Guests gathered in a large white tent decorated with the blue and orange colours of Mandela’s tribe, toasting Mandela with champagne as he cut his birthday cake.

“As you know I am not a speaker at all,” he told his audience. “And I am not going to make any exception on this occasion, except to say thank you for all you have done for me.”

After 27 years in prison for opposing the apartheid regime, Mandela walked free in 1990.

Mandela completed his term as South Africa’s president in 1999 and did not run again, but has continued to take a leading role in the fight against poverty, illiteracy and Aids in Africa.

“For a man of 90, he’s in very good shape,” Peter Friedland, a friend and one of Mandela’s doctors said.

Not everyone was welcomed at the official celebrations.

Heavily-armed police remained on duty, barring entrance to a number of would-be gatecrashers not on the guest list.

“Unfortunately we had to politely turn them away, irrespective of their stature,” Mandela’s grandson Mandla said.

“I was under the impression that as government officials we would be let in, I am disappointed about the Mandelas for doing this to us,” said one politician who did not want to be named.

While the focus of the celebrations was in Qunu, tributes elsewhere included a concert in Johannesburg’s landmark Nelson Mandela Square. 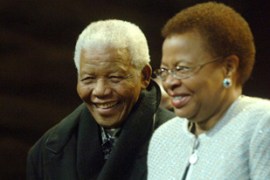 Mandela speaks out for the poor

Man who led the struggle against apartheid in South Africa is marking his 90th birthday. 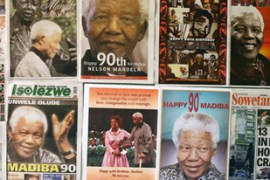