The tribunals are the first US war crimes trials since the second world war.

They were established to try non-American captives whom the Bush administration considers “enemy combatants” not entitled to the legal protections granted to soldiers and civilians.

Thursday’s ruling was the latest in Hamdan’s lawyers’ challenge to the tribunal system Bush created after the September 11, 2001 attacks on the United States.

Robertson and the supreme court ruled in Hamdan’s favour in 2006, but Bush encouraged the Republican-led Congress to adopt legislation establishing the current system.

“Guantanamo once was a constitution-free zone. It no longer is,” Neal Katyal, one of the lawyers for Hamdan, said in arguing that the proceeding should be put on hold.

But the judge sided with the arguments by John O’Quinn, the deputy assistant attorney-general, who said that the 2006 law allows such challenges only after the trial has taken place.

“It is unfortunate that this trial will go forward,” Jameel Jaffer of the American Civil Liberties Union said.

“Proceeding with this trial now will only draw out a legal process that has taken far too long already, and further discredit a system that has been a disgrace from the start.”

Army Colonel Lawrence Morris, chief prosecutor of the Guantanamo war crimes tribunals, said he was pleased with the ruling and that it could mean more prisoners would be charged more quickly.

“We had planned to continue forward in any event. Obviously it gives us more confidence to do so,” he said.

“We expect to charge more individuals over the next couple of months and we’re in the process of moving the other referred cases through the process.” 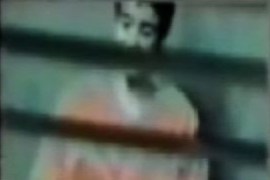 Video of young detainee in distress fails to prompt a repatriation call by Ottawa.