Shares in the firms plummeted last week in the face of widening fears about the solvency of the two agencies.

The US treasury and Federal Reserve called on Sunday for measures to lend money and buy equity in the companies if necessary.

Both companies are government-sponsored enterprises (GSE) owned by shareholders.

The treasury and Federal Reserve assistance would be offered at the primary credit rate offered to investment firms and would be backed by US government and federal agency securities.

Henry Paulson, the US treasury secretary, said he was proposing temporary authority for the treasury to purchase equity in either of the two firms “if needed”.

“[Their] continued strength is important to maintaining confidence and stability in our financial system and our financial markets. Therefore, we must take steps to address the current situation as we move to a stronger regulatory structure,” he said.

Brian Bethune, an economist at Global Insight, said the rescue plan needs more concrete measures in order to prevent a collapse of the mortgage giants that could spill over to the wider economy.

“Access to the Fed’s discount window will be a very effective tool to defuse the short-term liquidity crisis,” he said.

“But the Treasury will need to specify very soon, within a matter of two or three days, how much capital that it intends to infuse into the two entities.

“This capital infusion needs to be very significant – perhaps as much as $20 billion, or higher, for both entities – in order to defuse the speculative selling … and reverse the negative psychology quickly and effectively.”

Bethune said it was “not the time for policy makers to underestimate, once again, the systemic risks to the financial system and the huge collateral damage this would impose on the economy”.

Fannie Mae and Freddie Mac own or guarantee $5trn of debt, close to half the value of all US mortgages, and have been in crisis amid the worst housing downturn in the US in decades.

Sharada Selvanathan, a currency strategist at BNP Paribas in Hong Kong, said that holders of agency debt are significantly in overseas hands and foreign central banks.

“[The US government] had to do this because confidence could weaken further, and that would be very, very bad for the dollar,” she said.

Foreign central banks, mostly in Asia, hold $979bn of the bonds and mortgage-backed bonds sold by the two agencies.

Kazu Sugimoto, Japan’s vice finance minister, told a press conference in Tokyo on Monday: “We hope the [US treasury and Federal Reserve] move will have a positive impact on the world economy.”

Japan’s financial services minister, however, was quoted as telling a meeting of economic ministers that the world’s financial markets were “on the verge of a crisis”.

The Monetary Authority of Singapore, meanwhile, said risks and challenges in international markets were still present.

“Significant challenges and downside risks in the international financial markets remain and financial institutions and investors should stay vigilant,” the central bank said.

Ed Yardeni, a US economic research analyst, said it would be the taxpayers that would lose out due to the “last resort of the US financial system”.

“If mortgage losses mount at the two GSEs, then the [US] treasury will issue more debt and use the proceeds to inject more capital into them.”

“The American public now gets a direct stake in the world’s two largest hedge funds,” he said.

Analysts point out that the two firms are needed to help ease the crunch affecting the home loan market.

Merrill Lynch economist Drew Matus, said: “The key to gauging the real economic impact is whether these two organisations can continue to provide their services to the mortgage market and ease the continued creation of new mortgages.” 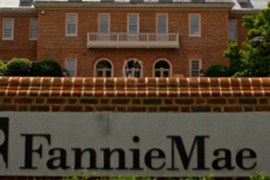 Government to extend more credit to firms which back half of all US home loans.