In its statement, Russia said it condemned violence and violations by both sides in Zimbabwe’s election period but judged  that “the situation in Zimbabwe does not threaten either regional –  let alone international – peace and security.”

“We are convinced that the solution to Zimbabwe’s internal  problems – and they certainly exist – should be sought through  political dialogue between the Zimbabwean government and opposition,” the statement said, adding that Russia’s position was  supported by others in Africa.

Zalmay Khalilzad, the US ambassador to the UN, said Russia’s position was “disturbing” and raised questions about  Moscow’s “reliability as a G8 partner.”

The US-authored resolution would have imposed an assets freeze and a travel ban on Robert Mugabe, the president, and 13 of his closest allies, as well as an arms embargo on the country.

Russia and China, two of the five permanent members of the UN security council, joined South Africa, Libya and Vietnam in opposing the measures on Friday.

If the resolution had been passed it would also have called for a UN special envoy for Zimbabwe to be appointed.

Mugabe was sworn in for a sixth term as president after a June 27 presidential run-off which saw the opposition candidate withdraw amid widespread reports of violence and intimidation by ruling Zanu-PF supporters.

Vitaly Churkin, Russia’s ambassador to the UN, argued that sanctions would have taken the body beyond its mandate to deal with threats to international peace and security.

The vote in New York came as representatives of Mugabe’s Zanu-PF and the opposition Movement for Democratic Change (MDC) met in South Africa for a second consecutive day.

The United States said it was “disappointed” by the veto as the resolution would have provided “an incentive [for Mugabe] to negotiate seriously”.

He said that Dmitry Medvedev, Russia’s president, had earlier this week supported a G8 statement that promised actions, including targeted “financial measures” against Mugabe and his allies.

China, which is major trading partner of Zimbabwe, said that the African nation was best left to conduct its own talks on how to resolve its political crisis.

The development of the situation in Zimbabwe until now has not exceeded the context of domestic affairs,” Wang Guangya, China’s envoy, said. “It will unavoidably interfere with the negotiation process.”

Before the meeting, other countries opposed to the restrictions had said that they could jeopardise attempts to get the political rivals to negotiate.

The MDC has said that the talks in Pretoria are merely to present conditions under which future negotiations to resolve the political crisis could be held. It has insisted that substantive negotiations will only take place if violence is halted and more than 1,500 “political prisoners” are released.

Move to impose travel and financial restrictions on Mugabe and allies vetoed. 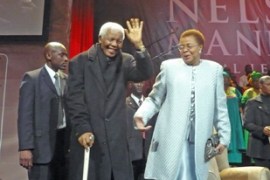