Ibrahim Sabelail, the Moroccan rights activist who initially told journalists about the alleged abuses in Sidi Ifni last month, was sentenced on Thursday to six months’ jail and a fine 1,000 dirhams ($137).

Sabelail was arrested on June 27 and charged with “insulting the authorities and reporting of fictitious crimes” for reporting deaths at Sidi Ifni and having described police intervention as a “crime against humanity”.

Some Moroccan newspapers and other accredited international news organisations broadcast similar reports without a reaction from Moroccan authorities.

About 50 Arab and international human rights organisation appealed on Thursday to the Moroccan judiciary to postpone sentencing in Rashidi’s case pending the completion of a fact-finding mission ordered by parliament into the Sidi Ifni event.

The organisations warned against a hurried resolution to the case and the immediate impact it would have on freedom of press in Morocco, saying in a statement that it was imperative that “the judiciary should not be party to a sensitive issue related to gross violations of human rights”.

The National Association of Moroccan Press had earlier protested against Rachidi’s trial, arguing that the court did not allow him to present all the arguments and evidence to defend himself during his trial.

Rachidi’s lawyers withdrew from the case after the court refused to respond to a number of demands including hearing defence witnesses involved in the events of Sidi Ifni, including security officials, headed by the interior minister.

Reporters without Borders, a Paris-based press freedom watchdog, called on Morocco to restore Rachidi’s suspended press accredidation, saying: “What was done by the Moroccan authorities constitutes persecution of journalists and highlights the hostile attitude of the Moroccan government toward Al Jazeera and its employees in Morocco.” 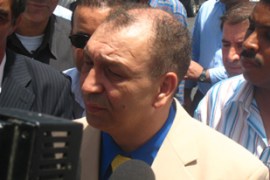 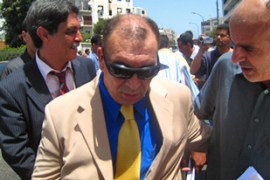 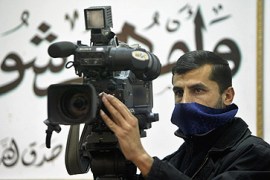 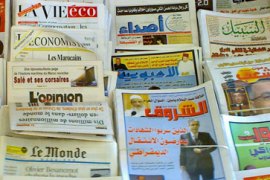