A nine-member team appointed by Hamid Karzai, the Afghan president, to investigate the strikes in the remote Deh Bala district. Shinwari led the team.

The International Committee of the Red Cross said on Wednesday that 250 civilians were killed or wounded in attacks in the past five days.

This figure includes the US-led air strikes and a suicide blast outside the Indian embassy in the capital on Monday that killed more than 40 people, including two Indian diplomats. 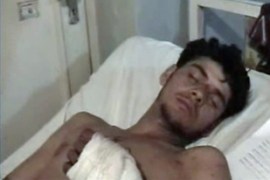 Karzai ‘axes leader for US rebuke’

Shocked by a US army report on detainee abuse in Afghanistan, President Hamid Karzai has said his government wants custody of all prisoners and control over US military operations.