Chile’s southern Llaima volcano has spewed rocks, lava and clouds of ash into the sky, setting six nearby communities on evacuation alert.

Nineteen people were evacuated from the volcano’s base on Thursday after flowing lava from Laima, one of the most active volcanoes in South America, reached the Calbuco river.

Andres Jouanne, governor of Cautin province, said Llaima, which is located 700km south of Santiago, erupted in the predawn hours, after six months of quiet following its initial eruption on January 1.

“Activity has strengthened, but it is all taking place in the Calbuco river sector, where we have all precautionary measures in place,” he said.”

Carmen Fernandez, director of emergency office, said: “It’s a phenomenon that can undergo big fluctuations, so we think there is still a risk that the Calbuco and Lan Lan rivers could overflow.”

Laima erupted violently on New Year’s Day, forcing the evacuation of some tourists and residents from the surrounding Conguillio National Park. Last February it belched ash and lava while just last week, renewed volcanic activity required the evacuation of about 50 people.

It is the second volcano to erupt in Chile this year. Llaima’s renewed activity comes after the Chaiten volcano, at least 1,220km south of Santiago, started erupting on May 2 for the first time in thousands of years, spewing out ash, gas and molten rock.

Chile’s chain of around 2,000 volcanoes is the world’s second-largest after Indonesia’s.

At least 50 volcanoes are recorded to have erupted, while a total of 500 are deemed potentially active. 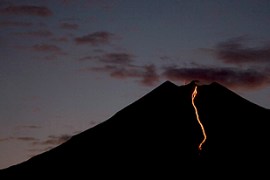 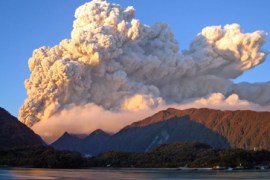 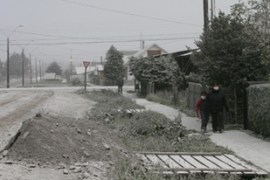 Volcano spews ash and causes tremors after being dormant for 2,000 years.