The country occupied and annexed the eastern half of Jerusalem after the 1967 war, a move that was not recognised by the international community.

In recent peace talks, the Palestinians have demanded the area as their capital, but Israel considers the whole of Jerusalem its “eternal, undivided” capital.

It  has said it will continue to build in both the city’s eastern sector and in the larger West Bank settlement blocs that it intends to keep in any deal.

The decision to build more homes came as the Israeli military conducted its third raid this week inside the West Bank town of Nablus.

The operation, which included a raid on city hall and six mosques as well as the confiscation of three buses from an Islamic school in town, prompted protests from Palestinian officials and businesses.

The raids “undermine grossly our efforts aimed at rebuilding our capacity and re-establishing law and order”, Salam Fayyad said in Ramallah.

Earlier this week, Israeli troops raided Nablus and shut down three facilities of a Hamas-affiliated charity and a medical centre.

Forces also raided a popular shopping mall in Nablus, ordering its closure for two years over its owner’s alleged links to the Hamas.

The raids appear to be part of an intensified crackdown on Hamas in the West Bank by Israel and the Palestinian Authority as a way of preventing the group from seizing control of the area, as it did the Gaza Strip last year.

Hamas denounced on Wednesday the Israeli campaign against its institutions and gave warning on consequences.

A statement read out by Sami Abu Zuhri, a Hamas spokesman, called on the group’s factions in the West Bank to challenge the Israeli army.

Hamas also called on Mahmoud Abbas, the Palestinian president, to stop what it called “a policy of co-ordination and security co-operation with the occupation”.

The Abbas-led Palestinian Authority currently functions from Ramallah in the West Bank. 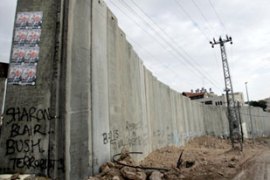 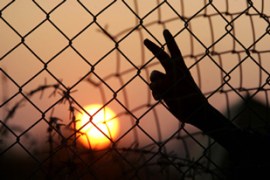 The decision came after a request from Egypt. Israel also lifts curfew on Nilin. 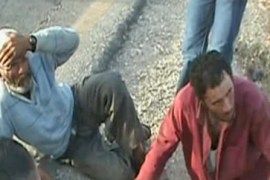