The Russian foreign ministry said that the US plan would undermine global security and Moscow’s strategic deterrent.

It said its proposals to Washington on the shield had been ignored.

Speaking to Al Jazeera, Natalia Leschenko, a Russia analyst, said: “Russia takes this very, very seriously. They think that the shield is aimed at them, not at the Middle East.

“There have been talks on this for over a year now, the US initially made concessions but then withdrew them.”

Rice and Karel Schwarzenberg, her Czech counterpart, signed the missile defence deal at the Cerninsky palace in Prague.

Following the visit, Rice will travel to Bulgaria and Georgia on a trip that illustrates deepening US ties with the former Soviet states.

Regardless of Russia’s warnings, the US plan still faces many hurdles, including widespread public opposition in the Czech republic.

Any agreement will face tough ratification by the parliament in Prague, where the three-party cabinet has just 100 seats in the 200-seat lower house.

Several backbenchers have declared they would vote against it.

The government must try to win over several independents to win the vote, which may possibly come only after a new US administration takes over from George Bush in January.

Disputes over the radar have alienated many Czechs, wary of any foreign military presence after the Soviet invasion in 1968 and the following two decades of occupation.

An opinion poll last month showed 68 per cent of Czechs were against the shield, while 24 per cent supported it. 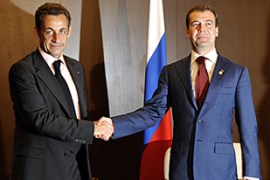 Russian leader tells US sighting of missile base in Lithuania is “unacceptable”. 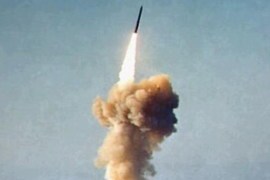 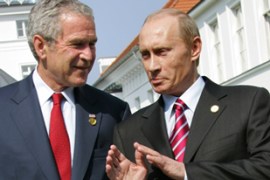 US president signals the contentious plan will go ahead despite Russian objections. 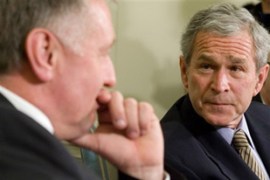 US close to Czech missile deal

George Bush attempts to allay Russian fears over US shield.