The group’s member states include the US, Japan, France, Britain, Germany, Canada, Italy and Russia.

The G8 agreed at its 2005 summit in Gleneagles, Scotland, to double aid to Africa to $25bn a year by 2010 as part of a wider drive to alleviate global poverty.

But activists have accused some G8 countries of backtracking on those commitments.

UN and African Union figures indicate that less than a quarter of the peldged amount has been forthcoming.

Last month a report by the Africa Progress Panel Africa, a group set up to monitor implementation of the Gleneagles plan, said that under current spending the G8 will fall $40 billion short of its target.

Other topics up for discussion in the three-day Japan summit include measures to tackle climate change, record oil prices and a deteriorating global economy.

But speaking ahead of the summit on Sunday, George Bush, the US president, said he viewed aid for Africa as his top priority and would hold fellow G8 leaders to account on their pledges.

“We’ll be very constructive in the dialogue when it comes to the environment – I care about the environment – but today there’s too much suffering on the continent of Africa, and now’s the time for the comfortable nations to step up and do something about it,” Bush told reporters.

Activists have welcomed a possible accountability mechanism for future G8 summits, but criticised the grouping’s lack of major financial commitments.

Max Lawson, a policy adviser to Oxfam, said the  Hokkaido summit was arguably the most important G8
gathering in a decade.

“The world is clearly facing multiple crises — serious,serious economic problems, both rich and poor countries. But itis poor people who suffer the most, suffering hugely from food price increases,” he told reporters.

The G8 meeting has also provided the first opportunity for Bush to meet Russia’s new president, Dimitry Medvedev, for the first time.

On Monday the two men held their first face-to-face talks, with Mededev reiterating Russian opposition to US plans to base part of a missile shield in eastern Europe.

“The Russian president openly expressed his serious concern about the media reports about talks between the US and Lithuania on the possible installation of anti-missile bases,” said Medvedev’s diplomatic adviser Sergei Prikhodko.

“It was said that for the Russian side this was absolutely unacceptable,” Prikhodko told journalists after Bush and Medvedev met on the sidelines of the summit. 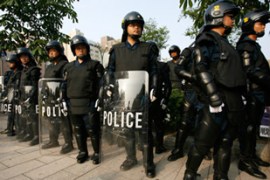 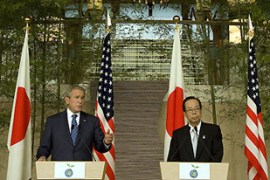 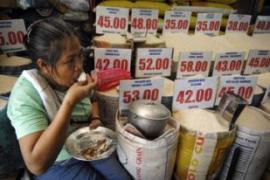 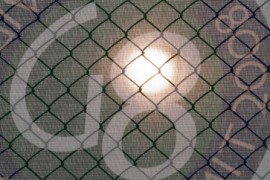 Key issues for the G8 nations