“In the past the army has given press conferences and come to conclusions … and then its turned out not to be the Farc,” she said.

The hostages, including Ingrid Betancourt, the French-Colombian politician, were rescued on Wednesday when Colombian troops posing as Farc fighters fooled the rebels into releasing the captives into their custody.

The bloodless rescue of the hostages, including the high-profile Betancourt, was a severe blow to Farc, who have also lost their leader and many members this year.

The 15 hostages have been undergoing health check-ups over the past two days and Betancourt received a clean bill of health on Saturday.

After undergoing a series of medial tests at the Val-de-Grace military hospital in Paris she said: “The doctors showered me with good news.”

“I have had a number of concerns all these years. Now I’m totally happy.

Betancourt, who had been campaigning for the Colombian presidency when she was captured by the Farc, spent more than six years in captivity.

Al Jazeera’s Villamizar said some of the rescued Colombian hostages have been allowed to return to their families after medical treatment while some others are still in hospital.

“There are still four soldiers in a military hospital. Rumour has it that they are not in very good health, that they are highly traumatised. Some of them were kept hostage in the jungle for up to nine years,” she said.

The Farc have been waging an insurgency against the government for four decades.

While they were once considered to be close to overrunning the government, analysts now say that they are almost defeated. 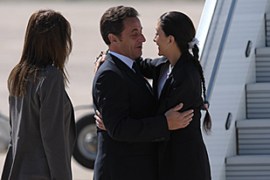 Video emerges of mission to free Ingrid Betancourt and 14 others held by Farc rebels. 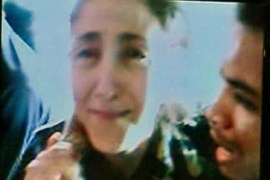 Colombia releases video of mission to free Ingrid Betancourt and 14 other hostages. 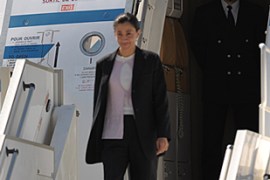 French-Colombian politician arrives in Paris after six years in captivity in Colombia. 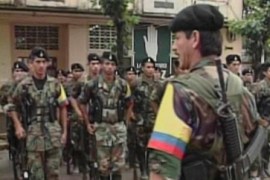 Video: What now for Farc?

What now for the group that held Ingrid Betancourt for more than six years?