“I would like to categorically say it’s wrong, false,” he said.

Khan’s allegations, reported earlier on Friday by Kyodo, the Japanese news agency, are his most controversial yet and could prove deeply embarrassing for both the army and Musharraf, a key ally in the US-led war on terror.

After his televised 2004 confession, Khan was pardoned by Musharraf but has been kept under virtual house arrest at his villa in Islamabad.

But many in Pakistan regarded him as a hero for his key role in the programme that developed the country’s nuclear bomb in 1998, following several tests by rival India of its own nuclear weaponry.

Since a new civilian government took power after February elections, eclipsing Musharraf, the retired scientist has increasingly spoken out in the media. 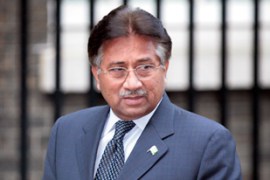