Wang Qin, the senior Communist Party official in Wengan, Wang Haiping, the head of the county government, and Shen Guirong, the county police chief, were among those sacked, Xinhua news agency said on Friday.

The sacking marked a rare instance in which the Chinese government admitted official culpability in an outburst of unrest, which Beijinga normally blames on “criminal” rioters seeking to upset social stability.

The riots, involving around 30,000 people, followed the beating of the girl’s uncle by unknown assailants after he confronted the police over her death.

Rumours that he had died from his wounds helped to fuel the violence.

Officials had said that on Tuesday that Shufen’s case would be reopened in acknowledgement of the public anger.

However, officials were later quoted by the Xinhua news agency, as saying that the case was basically closed and that none of the public allegations in the crime were true.

Xinhua news agency, quoted Wang Fuyu, Guizhou communist party vice chief, as saying that the riots could have been avoided if Wengan officials “communicated appropriately with the aggrieved people” at the first sign of public anger.

Local authorities also had adopted “rude and rough-shod solutions” to various other public disputes over the demolition of homes for government projects, relocation of residents to make way for reservoirs, and other issues, the report quoted Shi Zongyuan, provincial party chief, as saying.

The violent protests were an embarrassment for China’s communist party rulers ahead of next month’s Beijing Olympics. 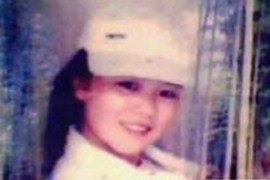 Police to reinvestigate death of girl after locals riot over alleged cover-up.