The Doha talks on world trade were launched nearly seven years ago in an attempt to ease poverty and boost the global economy.

The French president, speaking on French television on Monday, had accused Mandelson and Pascal Lamy, the WTO chief, of trying to force a deal on the EU that would be bad for its farming sector.

Mandelson rejected the charge and said the EU needed to speak with one voice.

He said: “You know in all negotiations in trade as in all other areas, our unity is our strength. We want an outcome that is balanced, which is fair, for everyone including Europe.

“That is what I’m negotiating for but if I’m undermined, then my ability to reach that outcome will be weakened and I’m sorry for that.”

France has long opposed the kind of farm import tariff cuts that Mandelson is offering in return for better access for European exporters of cars, chemicals and other manufactured goods in developing countries such as Brazil and India.

Speaking to reporters on Tuesday, Sarkozy took another swipe at Mandelson, saying he regretted the British commissioner would not be attending a dinner at his palace along with other EU officials to mark the start of the French EU presidency.

Sarkozy said: “I would have been delighted to receive Mr Mandelson. I might have some differences with him but it’s not forbidden to have disagreements in Europe.

“It’s because we don’t debate issues enough in Europe that we don’t manage to explain what’s at stake in Europe.”

Last month, Sarkozy accused Mandelson of being partly to blame for Ireland’s rejection of a new EU treaty because Irish farmers were alarmed by his WTO proposals on agriculture.

Mandelson’s spokesman said Sarkozy had used “false assumptions” in claiming that a WTO deal would lead to a 20 per cent cut in EU farming output and 100,000 job losses.

He said that Mandelson had been unable to attend Sarkozy’s dinner on Tuesday because he was travelling to Marseille to meet trade ministers from countries around the Mediterranean.

Mandelson appeared to have won the backing of his boss Jose Manuel Barroso, the European commission president, over the row.

Barroso’s spokeswoman said on Wednesday that he continued to trust Mandelson.

In a statement made on behalf of the president, Pia Ahrenkilde-Hansen said: “Peter Mandelson has done a great deal of difficult work and negotiates for all 27 member states and has done excellent work.”

Ministers from leading WTO countries are preparing to meet from July 21 to discuss the issue.

Without a breakthrough, the round could be delayed by several more years because of the 2009 change in the United States administration.

Fredrik Erixon, a trade expert at the European centre for international political economy, a Brussels think-tank, said Sarkozy might be positioning himself to cope with outrage from French farmers in the unlikely event of a WTO deal this month.

Erixon said: “He doesn’t have much to lose by making these very tough statements against Mandelson. If there is an agreement, the French farmers are going to oppose it and Sarkozy can at least claim to have tried his best for them.” 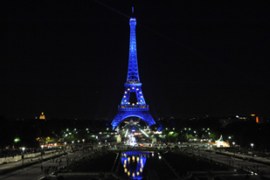 Sarkozy points to errors in the way Europe has been built and calls for change.

The European Union has ironed out internal differences regarding world trade talks, but disputed with Washington over the issue of agricultural subsidies.

The Doha round of global trade talks in Geneva has collapsed after top powers failed to agree on steps to free up trade.

The World Trade Organisation meeting in the Mexican resort of Cancun has ended in failure after rich and poor countries disagreed over farm subsidies and investment regulation reform.