However, Major Paddy Ankunda, Uganda’s military spokesman, said that his government had received no formal communication telling its soldiers to leave.

“We have troops in southern Sudan under an arrangement with the government there, because the threat by LRA rebels still exists,” he told the Reuters news agency.

Uganda, which has had troops pursuing LRA forces in southern Sudan since 2002, said it would keep its soldiers there to stop the rebels returning to northern Uganda and threatening Ugandan security.

Machar, who has been a mediator in stalled peace talks between the LRA and the Ugandan government, said he sent a team to investigate a raid on Nyongwa village on June 14 where about 30 armed men reportedly looted food and household goods.

“The rest of the evidence is there. Indeed, it didn’t turn out to be the LRA, but they were UPDF,” he said.

The body of 31-year-old Jino Moga Mandara was found three days later with a head injury and stab wound, seemingly from a bayonet, three kilometres away from the scene.

While investigators say that they discovered written evidence implicating the UPDF.

The ceasefire team, however, did confirm that another attack on June 5 on the Congo-Sudan border, which left 27 dead, was carried out by  the LRA.

The Ugandan military has forces at the border with Sudan, but it remains unclear if and how deeply they have penetrated the country. 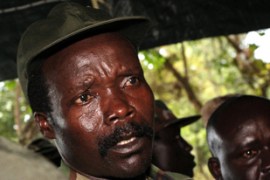 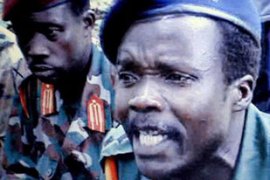