Al Jazeera’s Sohail Rahman, reporting from Pakistan, said that the night time aerial assault on the headquarters of the religious leader’s home left large parts of the village in ruins.

“Local people rushed to help free survivors trapped under the ruble. Up to 12 are still uncounted for. Haji Namdar denied any anti-state activities and denounced the assault as unjustified by the provincial government,” he said.

Namdar has been accused of leading a group that carried out attacks on convoys travelling through the Khyber region to supply US and Nato troops in Afghanistan.

However, Fazal Hussain, an explosives expert from the Frontier Corps sent to examine the damage, told reporters that a missile would have left a hole in the roof and floor of the destroyed building but that no such evidence was found.

He said explosives stored in the building must have detonated.

Pakistani troops destroyed the house of Mangal Bagh, the leader of the Lashkar-e-Islam group, on Saturday in Bara, they also demolished the headquarters of a separate group early on Sunday.

The explosion happened as Richard Boucher, the US assistant secretary of state for south and central Asia, flew into in Islamabad for talks with Yousuf Raza Gilani, the prime minister, and other senior officials.

Gilani told Boucher that Pakistan was following a policy of dialogue with hardline elements who have laid down their arms and joined mainstream politics.

“We will, however, never negotiate with militants nor allow foreigners to use our soil against another country,” a government statement quoted Gilani as saying.

Gilani said the government had received “a lot of public support” for the offensive in Khyber, the main supply route for international troops fighting a Taliban resistance in Afghanistan.

Pakistan, which is under growing Western pressure over its efforts to negotiate with Taliban fighters, launched an operation in Khyber on Saturday and says it has saved the northwestern city of Peshawar from rebel advances.

Three groups operating in Khyber – Lashkar-e-Islam, Ansarul Islam and Namdar’s group – have been outlawed, according to the interior ministry.

Baitullah Mehsud, the leader of the so-called Pakistani Taliban, declared a truce in April after saying he was negotiating with the authorities.

But on Sunday his spokesman said he had halted all talks and peace deals because of military operations. 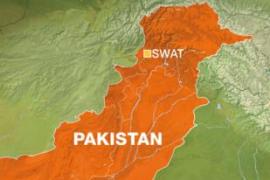 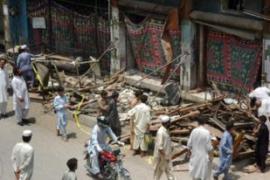 The explosion occurred outside the supreme court in Peshawar in NWFP province. 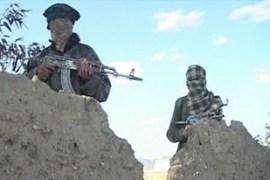 Local intelligence officials say the blast was at a bomb factory in N Waziristan. 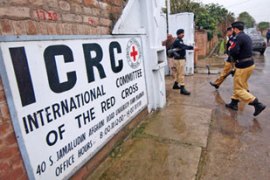