Marko Jaksic, a Serb leader, said: “The assembly is the foundation of the Serb protection of Kosovo. We will not allow the formation of another Albanian state in this part of Europe.”

Fatmir Sejdiu, Kosovo’s president, said that the Kosovo Serb leaders are trying to destabilise the new country by creating a separate assembly, adding that a proposed self-proclaimed parliament is part of their “illegal structures”.

Creation of the new assembly is likely to further raise tensions between the Kosovo Albanians, 90 per cent of Kosovo’s two million people, and the Serb minority. Their rivalry has brought the fledgling state to the verge of partition.

The Serb representatives met as they marked Vidovdan, or St Vitus Daym, the anniversary of the 1389 battle in which a Christian army led by Lazar, a Serbian prince, was defeated in Kosovo by invading Ottoman forces.

The battle came to symbolise Serbs’ historic resolve not to give up Kosovo, the heartland of their statehood and religion.

Kosovo police have strengthened security and diverted traffic away from Serb enclaves throughout Kosovo to prevent clashes with ethnic Albanians as Serb pilgrims visited the site of the battle.

However, Serbia and Russia have declared Kosovo’s move towards indepenence as illegal under international law, although the new state had won recognitiion from the US and most EU nations.Kosovo’s constitution came into force on June 15, granting broad autonomy to the Serb minority in Kosovo. 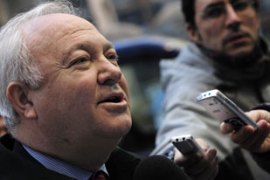 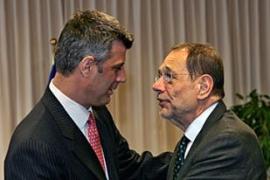 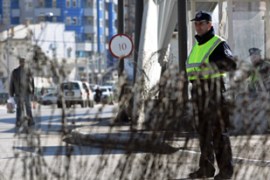 No date set for Kosovo independence