Damascus says the building was a non-nuclear military installation.

The IAEA investigation comes after Washington says it gathered intelligence to suggest that the structure was a nearly completed plutonium-producing reactor.

During his visit, Heinonen met officials in charge of Syria’s nuclear programme and senior Syrian generals.

“We achieved what we wanted on this first trip … We continue our discussions; we took the samples we need to take and now it is time to analyse them and also look at the information we got from Syria,” he said.

“We will see in the days and weeks what will happen next.”

Depending on the outcome of the initial investigation, the IAEA could launch a larger inquiry.

The US alleges that Damascus has been aided by North Korea and Iran in building a covert nuclear programme.

Heinonen did not say what he and his team had been able to see and do, beyond acknowledging that they were able to take environmental samples in the area.

Before the IAEA team left for Damascus on Saturday, Syrian authorities said that they would not permit access to three other locations suspected of hosting secret nuclear activities.

The inspectors instead tested for quantities of graphite, for instance, which is used in the type of North Korean reactor prototype allegedly being built with the help of Pyongyang.

Any major explosion at the site, such as the bombing by Israel, would have sent particles over the immediate area.

But it is also possible that Syria could have cleaned the site before the inspection – should they wish to cover up any suspicious activity at the site.

Although US intelligence says the reactor was close to completion, it is possible that graphite elements were not yet installed at the time of the Israeli bombing raid. 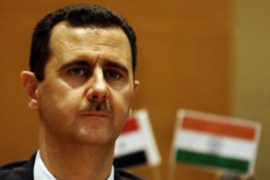 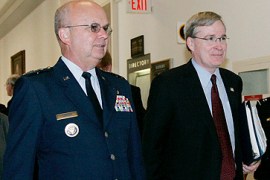 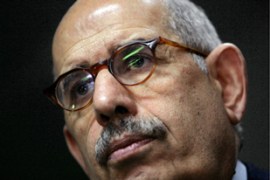