Al-Quds, the military wing of the Islamic Jihad movement, took responsibility for the three rockets fired on Tuesday, which caused some damage and slight injuries to two people in the Israeli town of Sderot.

They said that the attacks were a response to an Israel raid in the West Bank town of Nablus earlier in the day in which two Palestinians were killed.

The West Bank is not included in the Egyptian-brokered truce, which has been in place for six days.

Hamas blamed Israel for Tuesday’s violence, saying it had “provoked” Palestinian armed factions with the killing of the two men in Nablus.

Al Jazeera’s David Chater in Jerusalem said that closing the crossings was the simplest way for Israel to put pressure on Hamas to bring Islamic Jihad under control.

“It prevents the use of Israeli air strikes against the crews which are firing the rockets which would be seen, perhaps, as a real breach of the ceasefire by Hamas and Islamic Jihad,” he said.

Hamas said that it has put pressure on the group to stop firing rockets, but Khalil al-Haya, one of the movement’s leaders, said on Wednesday that its security forces would not be a “police force” for Israel.

“Even if there is a violation by some factions, Hamas emphasises its commitment to the calm and is working to implement the calm,” al-Haya said.

“No one will enjoy a happy moment seeing Hamas holding a rifle in the face of a resistance fighter.”

Mark Regev, an Israeli goverment spokesman, insisted that Hamas bore responsibility for any attack from Gaza since “unfortunately, it seized power there one year ago”.

He said that the attacks violated “two cardinal points of the understandings reached through Egypt, namely that the truce applies only to the Gaza Strip and not to the West Bank and that it concerns all armed groups”.

Shortly after the crossings were closed Israeli soldiers reportedly opened fire on Palestinian farmers close to the border.

Dr Muawiya Hassanein, the head of Gaza emergency services, said Salim Ahmed Abu Reida, an 80-year-old farmer living along the border east of Khan Yunis, was shot in the shoulder and the hand.

There was no immediate confirmation of the incident from the Israeli military.

Al Jazeera’s Ayman Mohyeldin, reporting from the Gaza Strip, said that it was too early to say that the truce was over.

“Many Palestinians were originally concerned … that the retaliation would be in the form of a military strike, or some kind of military operation in Gaza which would definitely have escalated the situation,” he said.

“It is premature to say that the ceasefire has been annulled; there has been no official comment on either side that the truce has been called off.

“There is still a desire from the Palestinian factions that a truce is in their best interests … from a humanitarian point of view, allowing the crossings to remain open and for good and basic necessities to come in.”

The truce, which called on Israel to cease all military operations in Gaza and for Palestinian fighters to halt their rocket and mortar attacks, also called for the easing of the year-long siege of the Gaza Strip.

Israel had started increasing the amount of goods allowed into Gaza, but Wednesday’s closures halted shipments to the impoverished territory, where a majority of the 1.5 million population depend on foreign aid. 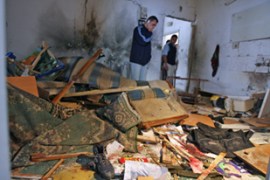 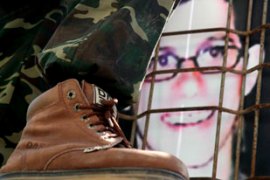 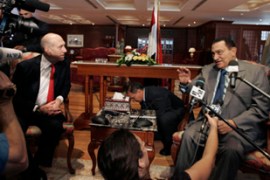 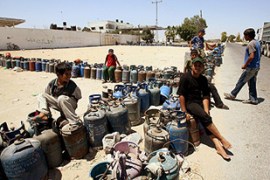