Loyalists of Mugabe’s Zanu-PF also prevented people from gathering for the rally.

“We can’t ask the people to cast their vote on June 27 when that vote will cost their lives. We will no longer participate in this violent sham of an election,” he said.

The MDC says that at least 80 of its supporters have been killed by Zanu-PF supporters and 200,000 others have been displaced amid what it calls a campaign designed to intimidate people into voting for Mugabe.

Zanu-PF supporters roamed the streets of the capital Harare as night fell and businesses closed early amid fears violence could break out.

A spokesman for Ban Ki-moon, the UN secretary-general, said that Tsvangirai’s decision not to take part in the election was a “deeply distressing development”.

Ban called for an immediate end to the “campaign of violence” and has pledged that the UN will “work urgently with SADC and the African Union to help resolve this political impasse”.

Mugabe has denied accusations that his party is using violence to hold on to power.

Thabo Mbeki, South Africa’s president and the SADC negotiator for Zimbabwe, has called for Mugabe and Tsvangirai to negotiate.

“I would hope that that leadership would still be open to a process which would result in them coming to some agreement about what happens to their country,” Mbeki was quoted by the SAPA news agency as saying.

“A government which violates the constitution in Zimbabwe … cannot be held as the legitimate representative of the Zimbabwean people,” David Miliband, Britain’s foreign secretary, said.

The United States also called for Mugabe and his party members to stop the alleged violence.

“The government of Zimbabwe and its thugs must stop the violence now,” Carlton Carroll, a White House spokesman, said.

“The Mugabe regime reinforces its illegitimacy every day. The senseless acts of violence against the opposition as well as election monitors must stop.”

Zanu-PF will continue campaigning for the run-off election, a spokesman for the party said on Monday.

“This is the 11th time that Tsvangirai has threatened to withdraw from the presidential run-off and on each occasion I have challenged him to put it in writing as required by law,” Patrick Chinamasa, Zimbabwe’s justice minister, was quoted as saying by The Herald, the state-run newspaper.

“It is a nullity. We are proceeding with our campaign to romp to victory on Friday,” he said.

The run-off is being held after Zimbabwe’s electoral commission announced that Tsvangirai had not secured the vote threshold needed to secure the presidency in the first round of voting on March 29.

The MDC took control of the country’s assembly in parliamentary elections held at the same time as the presidential poll.

Chris Maroleng, an analyst at the Institute for Security Studies in Johannesburg, said that the MDC was trying to “seize the strategic initiative by withdrawing from the election.”

A tightening of international sanctions against Mugabe’s government would not necessarily succeed in forcing him from power, he told Al Jazeera.

“I don’t think that broader sanctions would impact directly on this regime – it has proved to be quite resilient against international condemnation and criticism,” Maroleng said.

“I think that diplomatic engagement, principally led by the SADC and Mbeki, may result in some kind of resolution to this crisis. I think the SADC can serve as a guarantor to ensure that any agreement that is made at this anticipated dialogue or negotiation will be adhered to by the two parties.

“The key sticking point – or deal-breaker – is who will convene a government of national unity.” 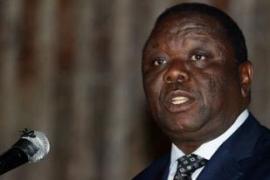 Leader of opposition Movement for Democratic Change cites violence against supporters as main reason for boycott. 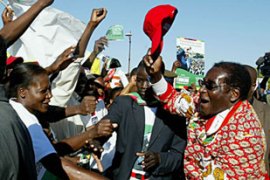 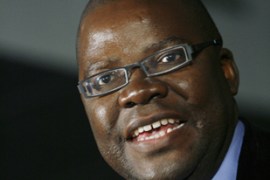 Opposition party to decide whether Tsvangirai will contest presidential run-off. 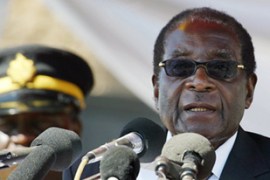 MDC party says its activists were killed by supporters of Zimbabwe’s president.