They also demanded that the Israeli government explains why Shalit’s release was not part of the deal agreed during months of indirect negotiations through Egyptian mediators.

Included in the petition was a handwritten letter from Shalit that the family received about two weeks ago in which he wrote that he was suffering from medical and psychological difficulties, as well as depression.

“We understand the pain that the Shalit family is experiencing during this difficult time and we have nothing but respect for them,” David Baker, an Israeli government spokesman, said in response.

The 21-year-old Israeli soldier was seized by Palestinian fighters in a cross-border raid in June 2006. Two of his fellow tank crew members were killed during the attack.

The court is expected to discuss the case on Sunday.

Israeli imposed its siege of the territory a year ago after Hamas seized total control when it pushed out security forces loyal to Mahmoud Abbas, the Palestinian president.

It has brought the Gazan economy to a standstill, leaving 80 per cent of territory’s 1.5 million residents dependent on international food aid.

But under the agreement deliveries of limited quantities of flour, sugar and vegetable oil could resume on Sunday and restrictions at the Karni and Sufa crossings, which handle traffic between Gaza and Israel, may be eased.

However, Israeli authorities have made it clear that the reopening of the Rafah crossing with Egypt will depend on Shalit’s fate. 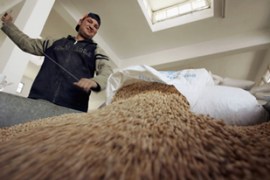 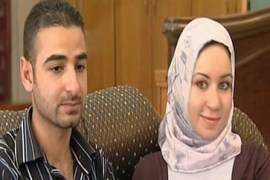